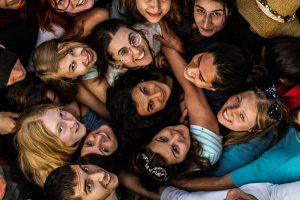 Youth exchange called Symposium – great opportunity to be a Greek ancient hero. The youth exchange took place in Hopeland – a really wonderful place where amazing people can live, work and really find themselves – it was an actual land of hope. The project setup was inspired by LARP – Live Action Roleplay so immediately after arrival, all of us – the participants, found themselves inside of the game og mythology and high stakes. In the beginning, we were divided into four ancient cities – Athens, Delphi, Corinth and Sparta. Our adventure was about to begin. We forgot our real lifes and we became part of Ancient Greece.

In smaller teams, we were living and building our great cities in time. We were asking Gods for 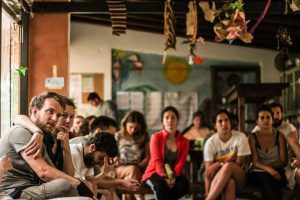 help and praying to them. We found ourselves fighting against Persian hordes and experienced many faces of the war. In times of hunger, we were paying to the Egyptians for some food. We even held first Olympic Games. All the time, we were proud citizens of our cities – the Athenians clever, the Spartans strong, the Delphians wise and the Corinthians masterful. 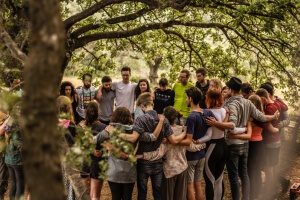 Behind the game, there were hidden some methods of informal education. The tools which were
used for learning were staying outdoors, learning by involvement and community learning. To sum up, it was a wonderful project. In the end, we have learnt so much about ourselves, people around us and also about other people – for example refugees, who are really (not just in a game as we did) struggling for survival every day and deseperately seeking for a better life and not too far away… 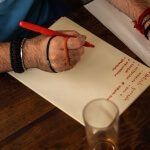 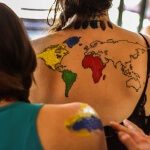 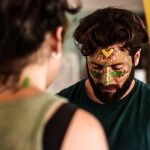 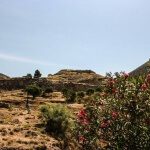 Have a look on the video from the project here.