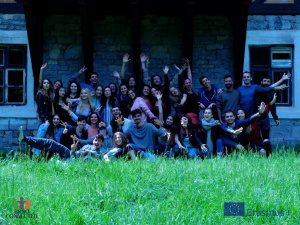 What kind of impressions stay with you after a project ? What happens days and weeks after? Pavel participated in our project Care to Communicate that happened in May 2018 and he is sharing his impressions. Project was focusing on communication skills of young people and support in ways of finding authentic communication.

I joined the C2C because I wanted to become a better Toastmaster. (Toastmasters is a public speaking club, where members regularly give 7 minutes speeches in front of the audience, 2 minutes improvised speeches and deliver constructive evaluation to each other). I must say that th 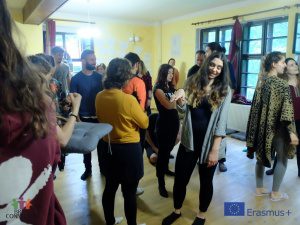 is was the smartest decision I ever made. C2C twisted my life downside up and made everything more relaxed.

I always used to be very nervous. Before making a speech, I was always shaking, and I was always constraining myself to be 100% the best. On C2C when my team was preparing a workshop, when I was making a speech about my vulnerability, when I was playing games which had no correct solution I discovered the fun of failing. There is nothing wrong about failing. If I will learn from my failure and next time do it better, it’s fine. After 1 month back to home, I must say I am no longer afraid of improvised speeches in front of the audience, because I know I am just going to give it a try. The feeling of pressure, the feeling I-must-be-the-best disappeared, and my speeches are much more relaxed and more personal and catchy. As well, I started a new job as a designer, and today I had to make some research with the users. Before C2C I would be very nervous and stressing because I would be afraid it might not be 100% perfect. But now after C2C I went for the research with a cool head thinking “I will see, how it goes. If there will be something wrong, I will fix it in the next research”. And it was much more relieving feeling. 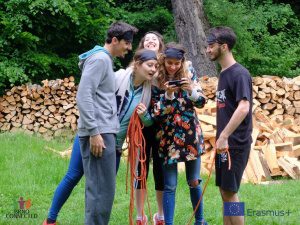 The second thing I get on C2C, was I learned to rely more on other people. Before I was the kind of person which never trust anyone, and always makes everything “better” and “smarter”. C2C proved me this is not correct. In the Toastmasters I let two people organize their own special meetings. One person prepared a hilarious totally out of the box meeting. And the second person organized a meeting in the streets of the Prague. And I for the first time in my life had a chance to speak truly in the public – on a square. Both meetings rocked, and I know that if I would not fully trust to those people organizing them we would have instead of two cool meetings just another two meetings “as always.” 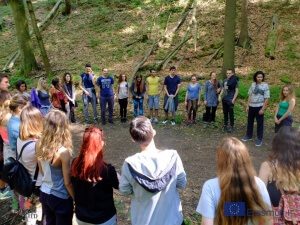 And the third one and the most important for me is the “I form”. I was always wondering why I don’t have fun with some people. But after return from C2C I realised that it’s because those people speak to generic. They are saying neutral impersonalized abstract sentences starting with “you”. But the “you” doesn’t represent “me” but represent some generic person. Thus, speaking with them is the same abstract as talking about Math. Luckily on C2C the “I form” sentences was one of the first thing I learned and I am now sharing it further. I already educated 5 people about the I form. The I form significantly improved my relationship with my past girlfriend, her friend I never a deep talk with before, and 3 of my fellow toastmasters. It made my relations with them much deeper, more fun and allowed me to solve some problems I had with my past girlfriend – Wanna see morebecause we for the first time managed to fully connect and open to the other person.

To sum it up, for me the C2C improved my Toastmaster and personal life. It made me be less stressed and made me learn from failures. It made me trust others more and together with them achieve things over exceeding my expectations. And it made me have a meaningful conversation with anyone. Because I can teach him her to use the I form. C2C impacted me a lot.

Wanna see more? Video from the project is here.